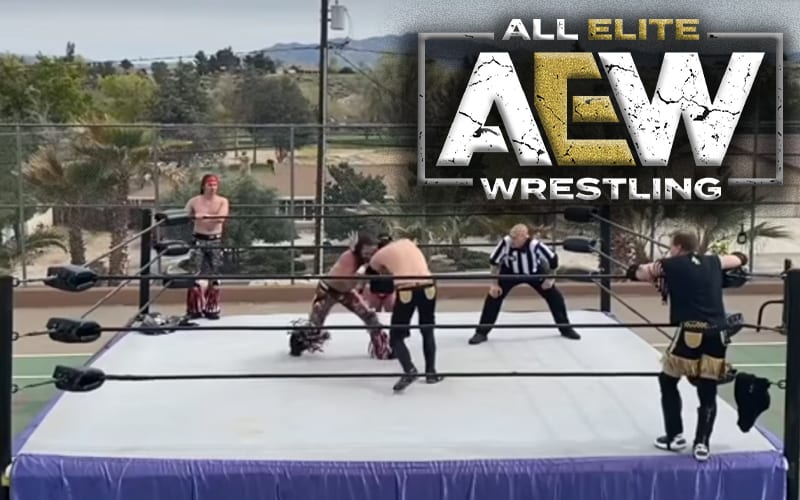 AEW is in a very interesting situation right now. The company carried on with a ton of television tapings last week. That should stack them up until May. A lot of their roster couldn’t make it to the show.

Being The Elite featured matches this week. California performers were unable to make the trip to Georgia for AEW’s tapings. Now they are competing on the BTE Compound.

Brandon Cutler and Peter Avalon took on SCU on the tennis courts on the BTE Compound. They even had commentary on the match and an official AEW referee. Nick Jackson pitched in as well while he played the role of cameraman on ringside.

The Young Bucks took on Team High Risk in the main event of the night. This marked Nick Jackson’s return to the ring. It was an enhancement match, but it was still in-ring action.

This was a very unique presentation for Being The Elite. They were still able to keep their wrestlers working as they wait for the coronavirus situation to settle down.