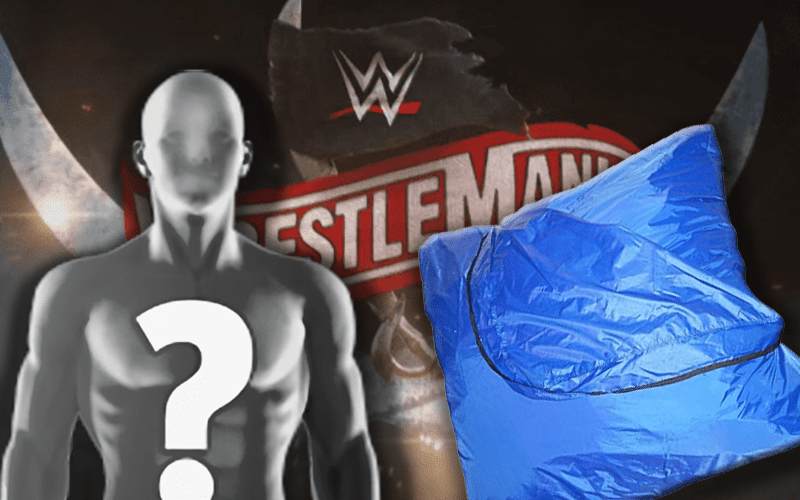 WrestleMania was filmed last week without any fans present. This gave the company a chance to pull off some clever production tricks.

Vince McMahon reportedly stopped and started WrestleMania several times to re-shoot spots. One spot that got a lot of attention might have only taken place once, but it was memorable.

Jimmy Uso took a sick fall to the floor off a ladder during the SmackDown Tag Team Title triple threat ladder match. Dave Meltzer noted on Wrestling Observer Radio that a crash pad was used to break Jimmy Uso’s fall.

It was also noted that Kevin Owens’ sick dive off the WrestleMania sign was totally legit and there was no padding. Owens actually had a crazier idea for that spot had they been able to hold the event in Tampa.

WWE matches are planned out and the camera placement is thought about ahead of time. This is especially true for big bump spots like the one Uce took. When Jimmy Uso fell to the ground, the camera his impact.

Production got the crash pad out of the shot so it wasn’t seen. Any editing did the rest to pull off the spot. Jimmy Uso took a tremendous fall, but it apparently wasn’t as risky as one might think. You can check it out below.