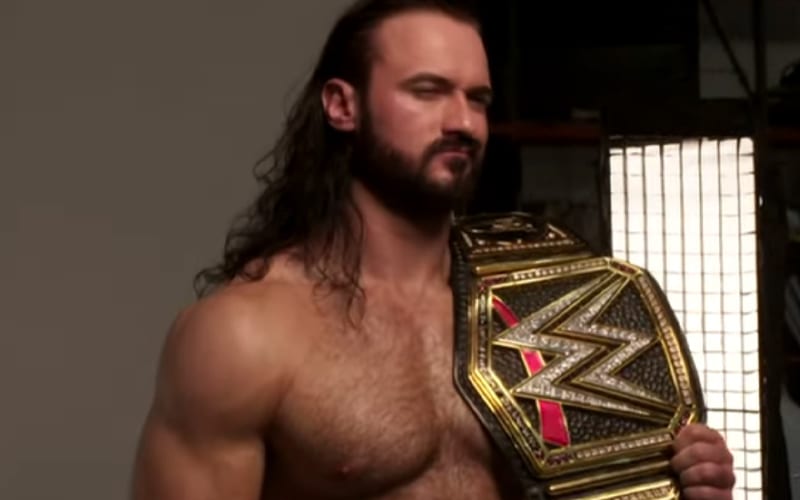 Drew McIntyre toppled the Beast Incarnate at WrestleMania 36. Now McIntyre is the WWE Champion as the company heads into a very interesting direction.

Click here for our complete coverage of WrestleMania 36 night two.

Following his big title win at the Performance Center, Drew McIntyre stayed in his ring gear and posed with his new title for a bit.

Drew McIntyre is obviously proud to be given this opportunity. WWE crowned two major champions at WrestleMania that could set the company off into a new direction.