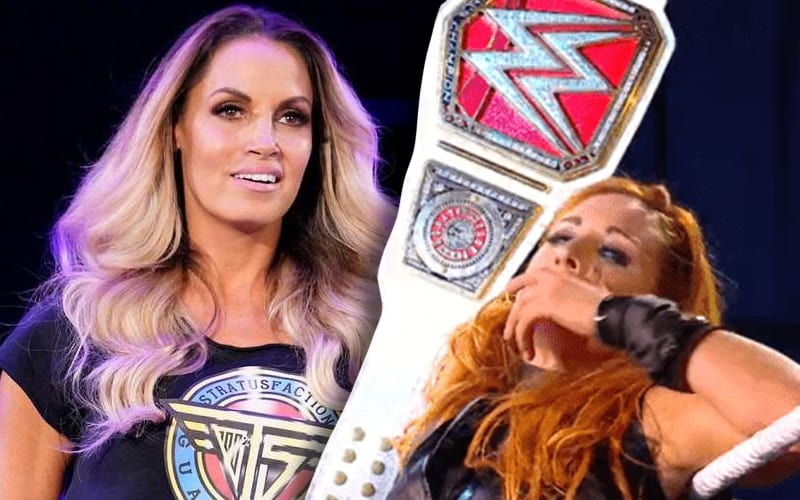 Becky Lynch successfully defended the RAW Women’s Title against Shayna Baszler at WrestleMania 36. Their feud is likely not over yet, but The Man was able to keep her title at the show of shows.

WWE Stats was quick to point out an impressive fact about Becky Lynch. After her WrestleMania 36 win, she is now the only woman along with Trish Stratus to successfully defend the same title at two consecutive WrestleMania events.

[email protected] becomes the second woman in @WWE history to win a championship at #WrestleMania and defend the SAME title at a different @WrestleMania. The only other woman to do that is @trishstratuscom, with the original #WWE Women’s Championship.

The Man walked out of WrestleMania last year as Becky Two Belts. She only has one title to her name this year, but that statistic is something she can show off with pride as well.