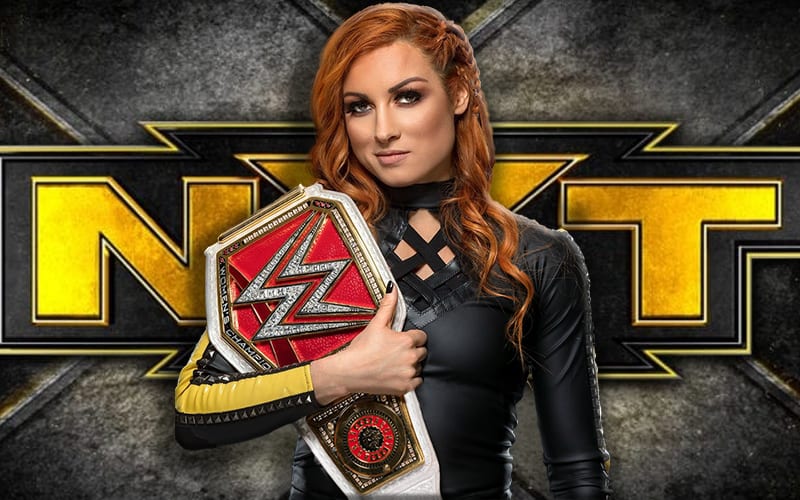 WrestleMania 36’s first night included Shayna Baszler losing to Becky Lynch. The Man is still the RAW Women’s Champion, but their story might not be over just yet.

Click here for all complete coverage of WWE WrestleMania 36 night one.

There is always another challenger around the corner and Becky Lynch might be looking at all directions.

Becky Lynch joined ESPN’s SportsCenter where she dropped a pretty big hint about who she wants to face next. Since The Man has defeated practically every woman on the WWE roster, she’s looking for a new challenger from NXT.

“They’re gonna have to pry this out of my cold dead arms. I don’t know, I’m not looking to give this up for anything. I have worked my entire life for this. This is all I’ve dreamed of. I plan on holding it until the wheels fall off.”

“Whoever wants to come at me, they know where to find me. They know that I’m there on Raw every single Monday. I don’t miss any time, I don’t take time off, I don’t get hurt. I’m sturdy. Now there’s a wealth of talent coming up from NXT. There’s an after WrestleMania, that’s always exciting to see who is going to join the main roster, who is going to step up to the challenge.”

WWE plans on filming from a secret location within a locked-down state. We’ll have to see if Vince McMahon is successful in pulling that off. If they are able to record something, pulling from the NXT roster might be wise since they typically all live around the Orlando area.