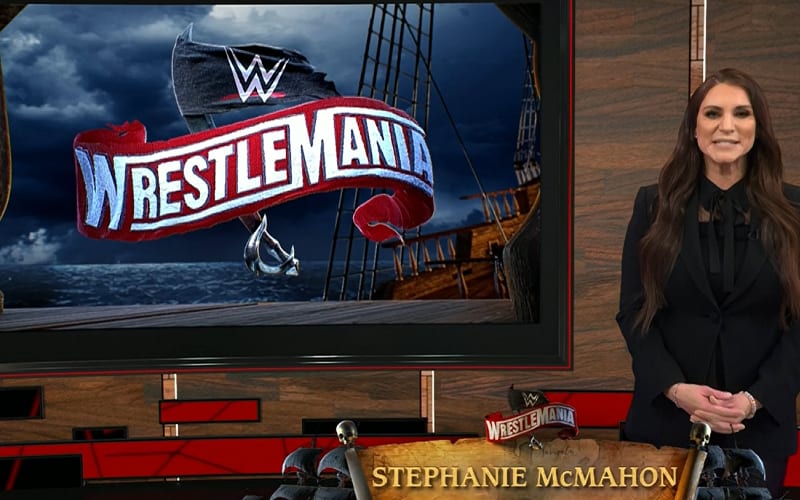 WrestleMania needed to change direction in a big way as they relocated the show of shows from the original destination of Raymond James Stadium. This year’s WrestleMania presentation is unlike any other event in the company’s history. It started out with a special message from Stephanie McMahon.

WrestleMania opened up with Stephanie McMahon giving a solo introduction to the show. She didn’t mention “coronavirus” by name, but current world events were discussed.

Stephanie McMahon stated that the company did everything they could to bring the show of shows to fans. It was an unconventional way to open such an event, but these are very unconventional times.

You can watch the entire video introduction below. WWE tweeted this video out along with a message thanking Stephanie McMahon for the positivity in her message.