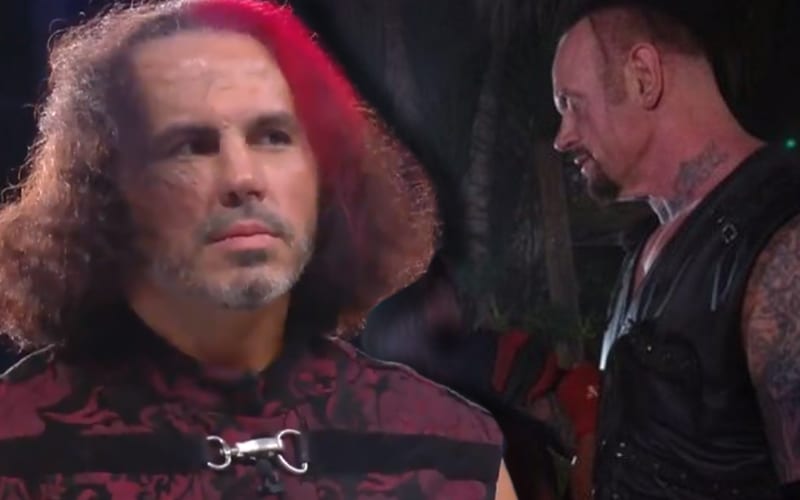 The Undertaker and AJ Styles capped off the first night of WrestleMania 36 with a cinematic Boneyard Match. Plenty of people have praised this segment in a big way. A lot of fans even gave credit to Matt Hardy for innovating the idea of cinematic matches.

Hardy was known for this Ultimate Deletion matches and other epic cinematic contests on the Hardy Compound. He tweeted out and said he was honored, but he can’t take credit for every match in the genre that ever comes along.

Thanks for all the love, folks.. I’m truly honored. Cinematic matches 100% work with the right characters, scenario & fanbase – I envisioned them as a new branch of pro wrestling years ago.

Much like TLC did, The #BROKEN Universe will leave its mark.

Matt Hard is humble, but without the success of his Ultimate Deletion matches the idea of having a cinematic pro wrestling match might not have the weight it does today. After the Boneyard Match they might have set another benchmark in pro wrestling.