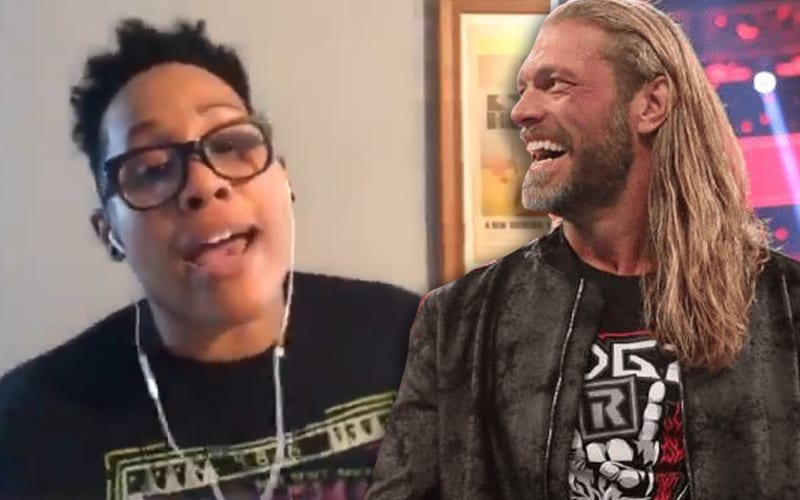 Edge has seen a lot of tributes to his career. Plenty of fans have Rated R Superstar tattoos. He’s even received a few covers of his entrance music in the past. This new version is pretty sick and worth hearing.

Meredith Bell of the Inner Circle choir did a cover of Edge’s WWE theme song. It was pretty incredible how she worked all of the parts together. It was pitch perfect.

Bell is the same woman who led the Inner Circle choir that performed at AEW Revolution. Her version of Judas was incredible too. She might not get on WWE television with this video, but she got some major props from Edge.

“This. Is. Awesome,” Edge tweeted out. This is quite a cool version of his song to help prepare fans for Edge’s last man standing encounter against Randy Orton on the second night of WrestleMania.