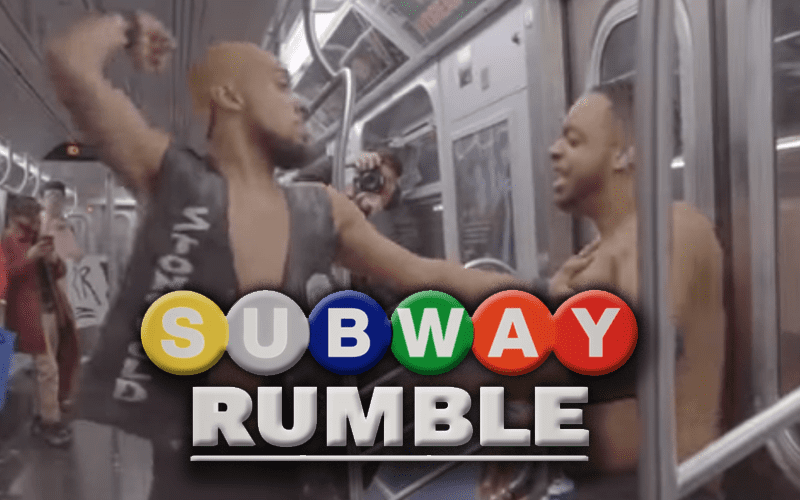 You never know what will happen when you go to a WWE event. The same is true for the subway. These two facts recently merged together to create the 2020 edition of Subway Mania.

The 2020 Subway Rumble was presented by Tim Hann Rivera. Plenty of WWE Superstars from the past and present were represented. Mankind and Goldust started out the match, but they were soon joined by The Undertaker who was also the World Champion. Rey Mysterio joined the mix as well and soon it was total chaos.

The Subway Rumble was a wild time that included a few weapons. There was a barbed wire wrapped chair and the Dudley Boyz even put someone through a table with a 3d.

The Rock and Stone Cold were also in the match along with many more including The Hardy Boyz. When the time started to eliminate people off of the subway things got very creative. We’re not going to spoil the ending for you, because it’s worth a watch.

Rivera promoted a few weeks ago that this video was on the way. It was recorded before social distancing made filming anything like this impossible.

We’re not certain which dimension of WWE canon the Subway Rumble exists in. We’re just glad to have it.