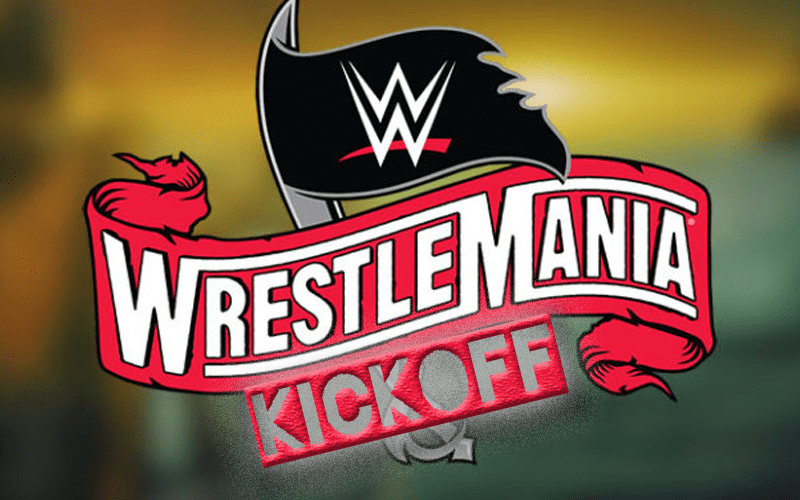 WrestleMania is two nights this year which means the event’s kickoff shows will be smaller than usual. Since there is no massive 7-hour extravaganza to promote, they are cutting down the length a bit.

During Wrestling Observer Radio, Dave Meltzer explained that the impression he’s been given is that WWE has plans to include in-ring action as a part of the WrestleMania kickoff shows.

“My impression is of these 16 matches we’ll probably get like um, one preshow match and seven main show matches each night I think. I don’t know — nobody knows anything. Hopefully in the next two days they’ll start announcing stuff.”

WWE has a lot of decisions to make with WrestleMania 36. This event was inconvenient to book in this current awful global pandemic, but at least they were able to pull something off. Now they have much more editing options which the company is taking full advantage of.

It appears that fans should expect a one-hour WrestleMania kickoff show with one match before each night of WrestleMania 36.