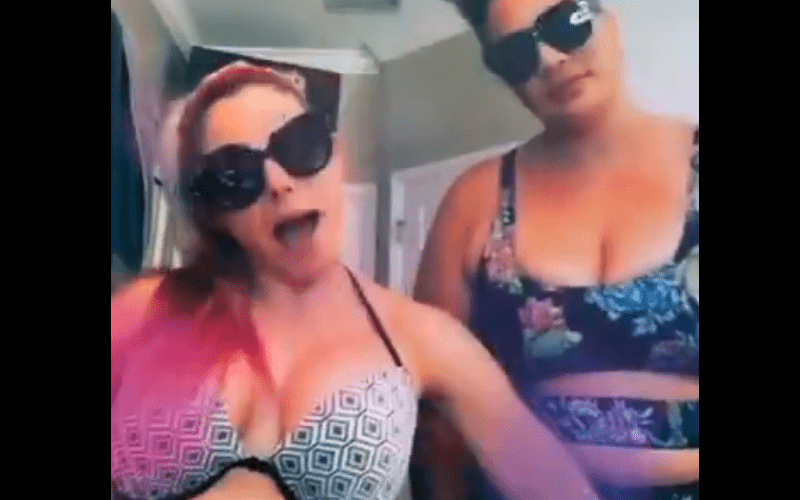 Alexa Bliss and Nia Jax are close friends and it looks like they recently had a little get together in isolation. It’s unclear when this video was taken, but we’ve never seen this bikini video before.

Jax is currently out of action, but you never know when she’ll be back in action. Her knees are good to go, and she is just waiting for her time to come back. Alexa Bliss is still very busy on WWE television and set for a WWE Women’s Tag Team Title match at WrestleMania alongside Nikki Cross against the Kabuki Warriors.

Bliss and Jax were having a blast lip syncing a comical scene in a TikTok video. They were in their swimwear, so it’s likely that laying by the pool was on the agenda too.

You can check out the video below which Nia Jax uploaded to her Instagram story.