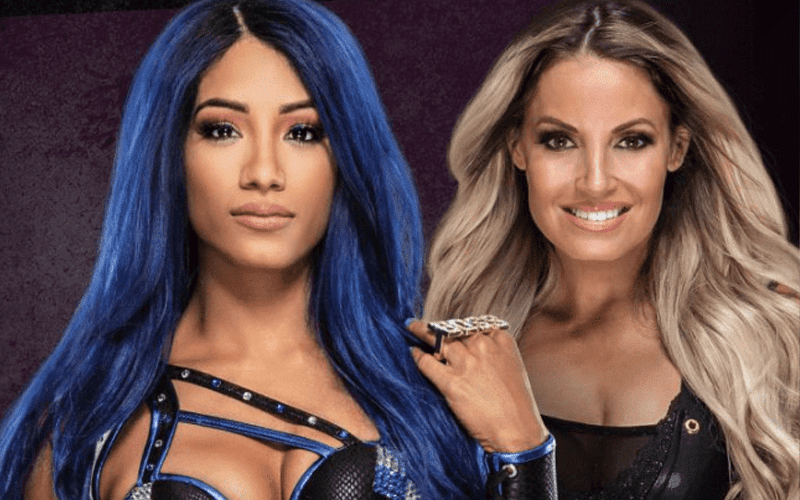 Sasha Banks is at home during isolation like so many others. She recently rocked a Trish Stratus wig in honor of the new WWE Dream Match Mania that will see her go one-on-one for a little bit of Stratusfaction.

Banks said she wants a singles match with Trish Stratus. This is undoubtedly a dream match. It’s doubtful to happen as the WWE Hall Of Famer is said to have wrestled her final match.

There are very few dream matches that come true. It’s no secret that one of mine is against the legendary @trishstratuscom . Until then, here’s another look inspired by the legendary hall of Famer herself. Make sure you catch dream match mania tomorrow on the wwe network. Used @scottbarnescosmetics to achieve this look. Wig

WWE Dream Match Mania will debut on Thursday. Click here for all of the details about the very unique special.

Sasha Banks kept herself busy while in isolation. She recorded a makeup tutorial while throwing some shady at Lacey Evans in the process. She will also probably tune in to watch Dream Match Mania to see how she does against Trish Stratus in the simulated video game world.