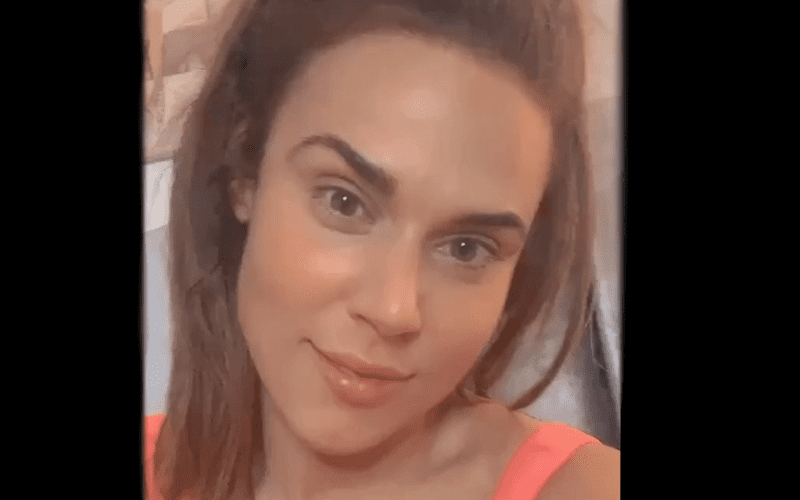 Lana has kept fans entertained during the novel coronavirus isolation by uploading a ton of TikTok videos. Dancing isn’t the only entertainment The Ravishing Russian is offering during this uncertain time.

“Other Versions Of You,” a film that Lana starred in and produced is now available on digital format. Lana sent out a note to fans letting them know that they have made the movie free on Amazon Prime.

Lana also revealed that they are “slashing” the price of the film for any fans outside of Amazon Prime’s subscription reach. This is being done in an effort to give fans something to watch while they’re stuck inside.

I know that the Coronavirus has got many of us anxious & stressed with all
the uncertainties in the world and staying cooped up at home.
But it’s important that we all do what we can to protect ourselves and our families by continuing by practicing #socialdistancing

These are scary times for sure, but we can all do our part to stay connected and stay positive in our own unique ways.

Last year I starred and produced in a #Ravishing indie film called @otherversionsofyou. Today @otherversionsofyou will be available to all @amazonprimevideo subscribers in the US for absolutely free. For my international followers and those who don’t have Prime, we’re slashing the price everywhere else the film is being sold.

If you’re going to be stuck in your house, you might as well be stuck at home with me, right? 😉💋 #staysafe & lets make the most out of this by staying connected, staying informed, and being kind to one another!

Lana will likely keep giving fans plenty of TikTok videos to watch. She’s become known for her dancing videos during isolation. Hopefully, some fans will take advantage of this free offer and enjoy “Other Versions Of You” to occupy themselves for a bit.