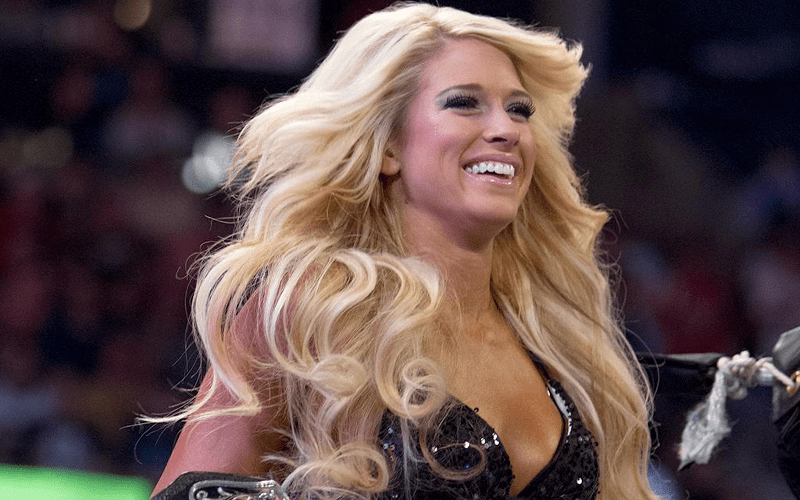 Kelly Kelly said that she went to Vince McMahon and told him that she would like to have a run with the Divas Title. “He said, ‘let’s do it, why not? Let’s see what happens?'” Kelly Kelly recalled as she spoke to Chris Van Vliet.

WWE had a People Power voting segment later on, “I don’t think they do it any more, but people would get on their phones,” Kelly Kelly as she further explained. Then Kelly Kelly continued to shed a little light on what it was really like to be part of one of those fan voting angles.

“It was me against Brie Bella and there were three matches and they wouldn’t even tell us. It was either me, Eve Torres, or Beth Phoenix and we didn’t know up until — but we knew who was gonna win was gonna win the belt off of Brie Bella. So, right until five seconds before my name was called, that’s when we knew.”

“I just remember my name being called and I was so emotional and that’s why I was crying. It was like all this hard work paid off the office recognized, the fans were so happy.”

It’s interesting that Vince McMahon told Kelly Kelly he would probably give her the Divas Title and then she turns out winning a fan voting gimmick. It still resulted in a great moment in WWE and a surprising moment complete with a title change.

Check out the match below.