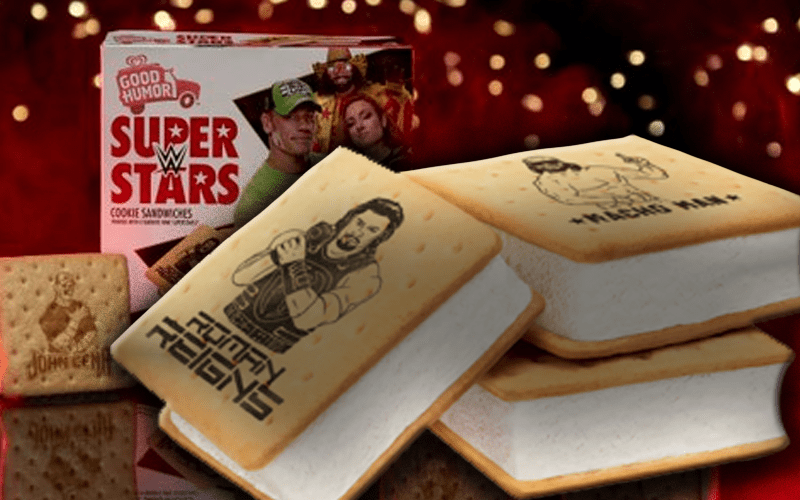 WWE ice cream sandwiches bring back a sense of nostalgia for some wrestling fans that can never be duplicated… until now.

The taste of the ice cream in those old sandwiches was unique because they were produced by one company with a single factory. When the deal was done, the unique ice cream sandwich was no more. Now Good Humor is rolling them back out nationwide.

Some stores have already received WWE ice cream bars. Zack Ryder and Curt Hawkins did a taste test on their Major Wrestling Figure YouTube channel and they gave them good reviews. Ryder said the after-taste is similar while Hawkins was more concerned about eating ice cream so early in the morning.

Now Good Humor is rolling out the WWE ice cream bars nationwide. The company was happy to announce this on April 1st and it is not an April Fool’s joke.

They’re here! The @WWE Superstar Cookie Sandwiches are rolling out nationwide and are now available for on-demand delivery in select markets via @IceCreamShopUS. Which Superstar are you most excited to try?

Those frozen sandwich treats have arrived in some markets already. Now they should be easier to find.