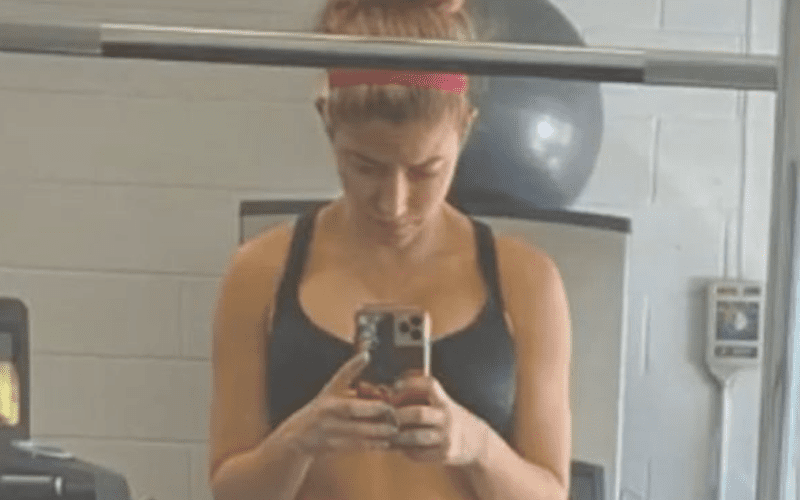 Alexa Bliss is set for a big match at WrestleMania that she chased online before it became a reality on television. Bliss took shots at Asuka and Kairi Sane for weeks trying to get a shot at the WWE Women’s Tag Team Titles. All of that work paid off and Bliss kept working hard in the gym as well.

Bliss Cross Applesauce are set to face the Kabuki Warriors at WrestleMania 36. The match was filmed last week, but it will air as a part of WrestleMania’s two-night pay-per-view.

Alexa Bliss updated her Instagram story to show off her abs in the gym. She doesn’t post gym selfies very often, so this was a bit of a rarity from Little Miss Bliss. It could also point to how much time she has on her hands while in isolation.

The Moment Of Bliss host has spent some quality times with her dogs and pig Larry Steve while in isolation. She’s also been diving deep into Disney+. It’s good to see that she also has her own gym to use while it’s impossible to get out of the house.