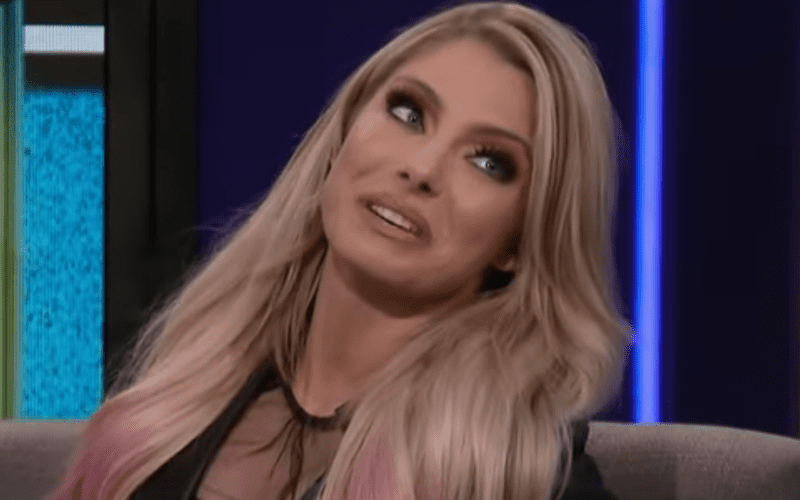 Alexa Bliss is a highly decorated WWE Superstar, but she readily admits she didn’t want to “adult yet.” This apparently played a huge role in why she wanted to become a WWE Superstar.

Bliss grew up as a huge fan of WWE and she eventually went into fitness modeling. She saw a link on WWE’s website and filled out the form to submit for a tryout. Little did she know that this dream would eventually become a real conversation with her mother.

While appearing on A Little Late With Lilly Singh, Alexa Bliss was asked what kind of reaction she received when telling her parents that she wanted to become a WWE Superstar. Bliss stated that her mother was very much against it, but the way she told the story while acting out her mother’s reaction really set it off. You can check out the video below.

Alexa Bliss’s WWE tryout was successful and the rest is history. She said her mother is totally supportive now and loves the fact that her daughter is a WWE Superstar. The initial reaction when finding out about Alexa Bliss’ career choice was still a bit of a shock.

There is still no word on whether Alexa Bliss got around to “adulting” yet.