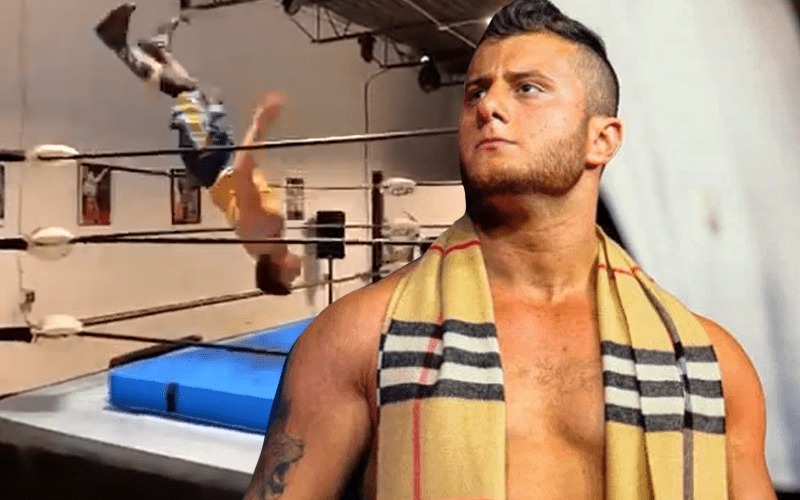 MJF doesn’t take many risks in his pro wrestling style. As a heel he doesn’t need flashy moves to pop the crowd anyway. He still knows how to do those moves. MJF just chooses not to.

The Salt Of The Earth uploaded an older video of himself doing a “flippy dippy bull crap” move in the ring. MJF also made a point to mention why he doesn’t do those kind of moves.

Throwback of me doing stuff that is dumb and doesn’t keep my body safe while ensuring a safe and effective victory to get the winners purse.

MJF hasn’t been wrestling for a very long time, but he obviously knows how to get heat from the crowd. He made it quite clear that he has the ability to do “flippy dippy bull crap” moves. We’ll just have to see if MJF pulls one of those out in a big match situation just because he can.