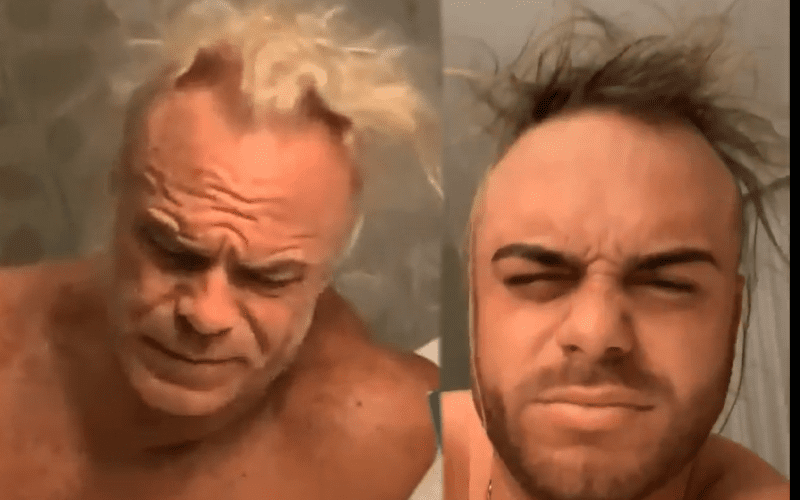 Billy Gunn and his son Austin Gunn are both in AEW. They wrestle as a team known as The Gunn Club as well. The two share something else in common other than wrestling and being related.

Austin Gunn recently uploaded a video on social media showing off the bed head that he shares with his father. It was a pretty funny video and the use of Curb You Enthusiasm’s theme song was appreciated as well.

Billy Gunn also has backstage responsibilities in AEW as a coach. He brought a huge pop when wrestling in a battle royal so he continued lacing up his boots for the company. This also gives him a great chance to work alongside his son.

“I don’t see the relation,” Austin Gunn said in the caption for this video. We’re not even certain if Billy Gunn knew he was on camera.

It’s pretty hard not to see the similarities. You can check it out below.