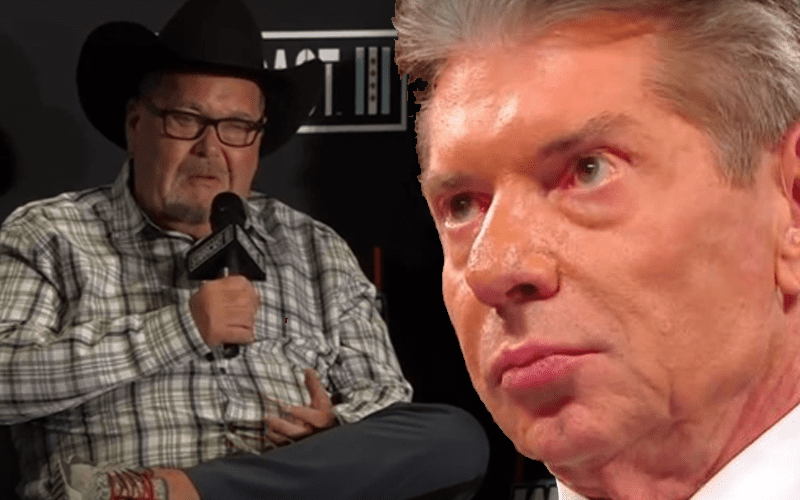 WWE has many legendary backstage stories. The tale of Vince McMahon and Nailz is one that has been told for a long time.

The legend goes that Nailz and Vince McMahon had a fight in The Chairman’s office. Nailz then claimed that Vince tried to grab him in a very private area. This legend carries on, but it doesn’t hold much water today.

Nailz had it in his mind that WWE didn’t want him to be a big Superstar. He thought that Vince McMahon was holding him down. This is something that Jim Ross was more than happy to address on Grilling JR.

“Nailz is a little different cat, kind of unstable from what I remember, and he wasn’t getting his break, he wasn’t getting his push, there it is, that push word again, and he felt like that Vince was personally subduing his growth. Let me ask you how smart that really is if you think about. Why would you have someone on your payroll, and you’re paying them, and you’re traveling them, and you’re putting them on television, if you want their character to die?”

“That’s like when WWE was going to do the last few things with Matt Hardy, well everybody said they’re burying Matt Hardy, that was their intent, to bury Matt Hardy, from their own mismanagement, and lack of attention to detail, and lack of common sense, they got Matt Hardy over more on his way out, than they did while he was there. He was doing promos, he was in hot angles, he was with Randy Orton, blah, blah, blah, so you’re not burying him, you’re getting him over, dumbass. So now Matt Hardy is in AEW which is gonna be great for us, I think.”

Jim Ross then addressed the infamous fight between Nailz and Vince McMahon. JR wasn’t there, so it didn’t see the alleged sexual assault. The WWE Hall Of Fame announcer still called the story “bullsh*t.”

“I think that Nailz just had this vision of him being this major star, and being the top heel in the company, and when that didn’t come his way, he felt like he had been personally assaulted, or attacked, and then he, being a very competitive and combative individual, maybe not as stable as some people would like for him to be, I didn’t know the guy that well, like you said, I wasn’t there, but I know the altercation he had with Vince, and then of course he had to come up with an excuse, that McMahon put a hit on him something, well that’s stupid, that’s just ridiculous.”

“It’s just another deal where an issue between two people, Vince & the WWE and Nailz, the communication broke down, they stopped talking, they started ranting, it was just bullsh*t, is the way I remember it. But talents have a funny way of not wanting to accept responsibility for their own success or failure.”

Nailz never ventured back to WWE, and for good reason. He had a good look, but things just didn’t work out for him.

Nailz did end up in WCW as The Prisoner for a short run where Sting defeated him. He eventually retired from pro wrestling in 2000, but his famous altercation with Vince McMahon is still being discussed to this day.