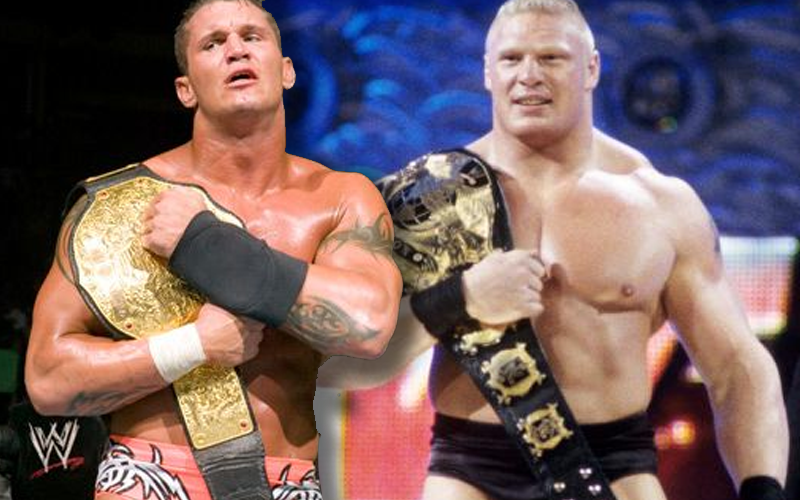 WWE has a lot of statistics, records, and facts that the like to mention from time to time. Randy Orton won the WWE Title at 24 years old and that is something they still talk about to this day.

Orton’s title reign was a short one as Triple H soon took that gold. Dave Meltzer revealed during Wrestling Observer Radio that WWE had an underlying reason for placing the title on a young RKO.

Brock Lesnar had just left WWE at the time to try his hand at football. He was the youngest champion at the time at 25 years old. When Lesnar left WWE high and dry, the company placed the title on someone even younger so Lesnar would lose some bragging rights.

“They always call him the youngest World Champion. You know one of the reasons he got it young was — it’s not the only reason, but it’s one of the reasons — was because they were so mad at freaking Brock Lesnar who they used to call the youngest World Champion in history and how Brock Lesnar burned them so they were gonna show him.”

It was then pointed out that Lou Thesz was 21 when he won the World Title. WWE still likes to give Randy Orton the rub of being the youngest World Champion of all time.

Randy Orton went on to have a stellar Hall Of Fame worthy career. It might not have included that significant early title run if Brock Lesnar didn’t get the itch to try out for the Minnesota Vikings.