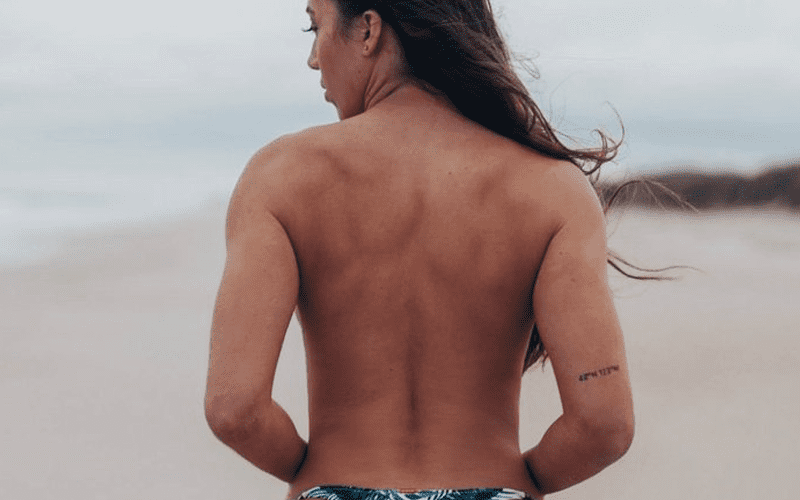 Chelsea Green has come a long way in the past year. She is now a WWE NXT Superstar and waiting for her chance to capture some major attention on much bigger stages.

Green is also lighting up social media with plenty of photos. She is keeping isolated, yet revealing plenty of poolside content.

The former Hot Mess in Impact Wrestling captioned a recent topless bikini photo by discussing this past year. She developed much thicker skin which will prove to benefit her in a big way later on.

The past year taught me that I had to grow thick skin & a strong backbone to thrive.
So here I am, thick skinned and strong AF. http://Try.Me.Now …

Chelsea Green was slated to take part in the six woman ladder match at NXT TakeOver: Tampa. It appears that she will get that opportunity, but WWE had to change the date and location for those TakeOver: Tampa matches due to this current global situation.