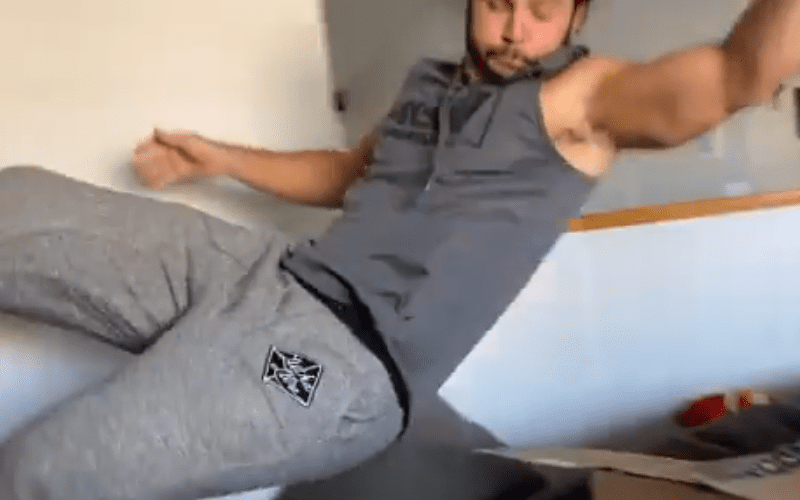 Matt Jackson was able to make Dynamite’s taping in Jacksonville, but when he’s at home there isn’t a lot of getting out of the house.

Jackson is in self isolation like so many others. He’s also entertaining himself which is understandable. Thankfully, social media isn’t in quarantine.

After uploading a video showing the dramatic conclusion of a living room title match, Jackson captioned the video saying:

When you’re a wrestler and quarantined in your house…

You can check out the video below. Matt Jackson takes a “big bump” as his son climbs up and captures the title. It’s nice to know that Matt Jackson has no problem putting over his kid like this.

Matt Jackson isn’t the only pro wrestling personality who is trying to entertain fans while stuck at home. Renee Young and Big E also had a little online dance party that’s worth checking out.