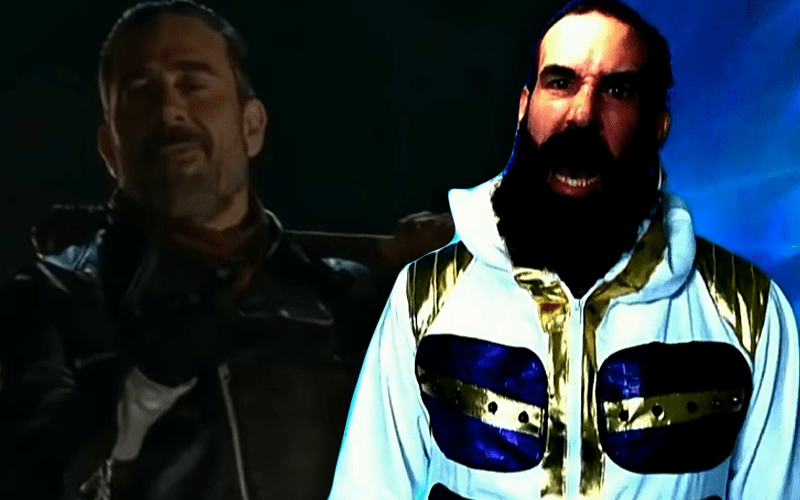 Last night on AEW Dynamite, The Exalted One of the Dark Order was finally revealed to be none other than Brodie Lee – formerly known as Luke Harper during his time in WWE.

Lee unveiled himself in a fascinating video package, cutting a great promo to let the world know that he had officially arrived.

However, something that a lot of fans didn’t seem to pick up on was the clear inspiration behind Lee’s speech.

This video alone won’t provide every single example, but if you go back and watch Negan’s first appearance in The Walking Dead in the final episode of Season 6, you’ll understand what we mean.

“You will be up to speed shortly”, talking about knocking down doors, talking about how Daniels isn’t safe, “the word is out” – these moments serve as an example of the direction Lee went in when constructing this promo, and when you consider how powerful Negan’s introduction into the TWD universe was, this move makes a lot of sense.

Either way, Brodie Lee made the kind of impact that most of us were hoping for, and we’re excited to see where he goes from here.