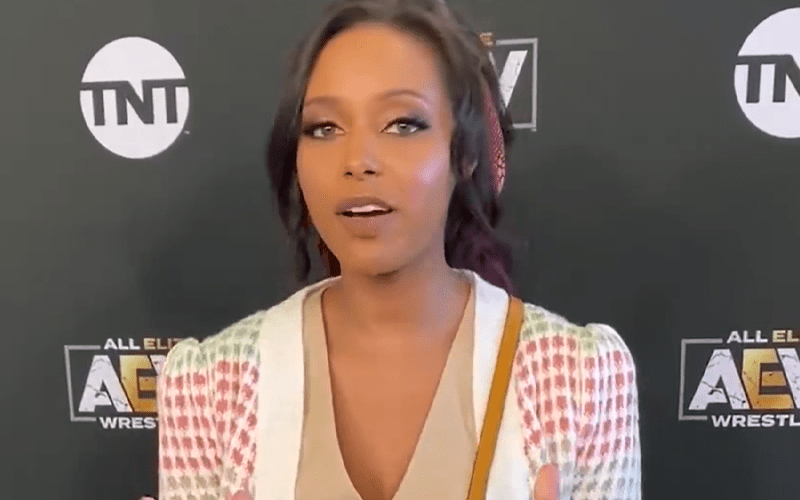 AEW is doing everything they can for Dynamite to continue. They will be in Daily’s Place in front of zero fans. Brandi Rhodes will also have to fill a role she left behind a long time ago.

Before Brandi Rhodes was a part of The Elite she was Eden, a ring announcer for WWE. Justin Roberts won’t be able to make it to Dynamite this week. That means Rhodes will need to pick up the microphone again.

It’s been a while since Brandi Rhodes announced who is making their way to the ring. Brandi Rhodes didn’t seem too happy about this when Tony Schiavone told her that she needed to “take one for the team.”

Brandi Rhodes’ exact words were: “MOTHER F*CKER!” and then she stomped off.

We previously reported that some people weren’t able to make it to Jacksonville and AEW was scrambling backstage. It seems that Brandi Rhodes being the ring announcer was part of that improvising.