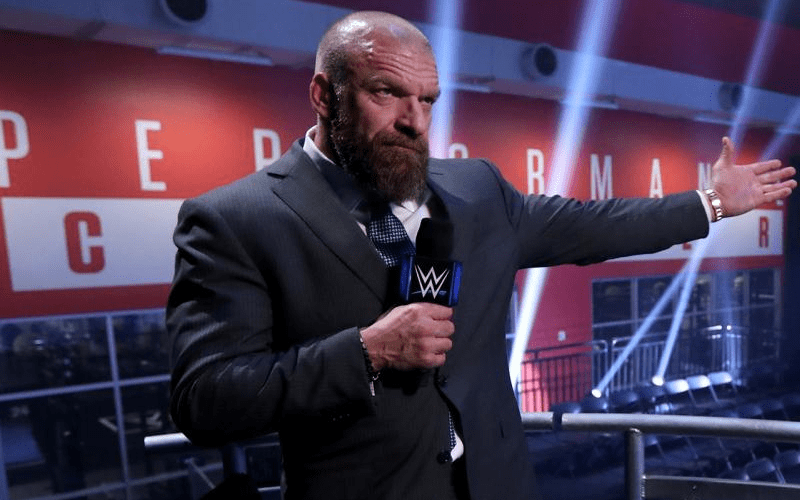 Triple H showed up on Friday Night SmackDown and did a few jobs. He was cameraman, makeup artist, and he sat in on commentary. He wasn’t supposed to be around as much.

Fightful Select reports that WWE’s original plan for Triple H was for him to go away after that first segment with Cole. The social media response and the great chemistry between Triple H and Michael Cole caused them to change their plans.

Triple H was brought back on commentary for the remainder of the broadcast.

We’re told originally there wasn’t supposed to be so much Triple H involvement on-screen on Friday’s episode of Smackdown. Originally there were to be more guests featured, but Triple H’s chemistry and social media reaction led to an on-the-fly call to have him stick around throughout the entire show.

WWE will use the Performance Center for as long as they can to continue providing pro wrestling action for fans. It’s lucky that they have their own building.

It’s unclear why Corey Graves didn’t make it to Orlando for Friday Night SmackDown. He is with Carmella as she shares a story about him wanting to name her pimple.