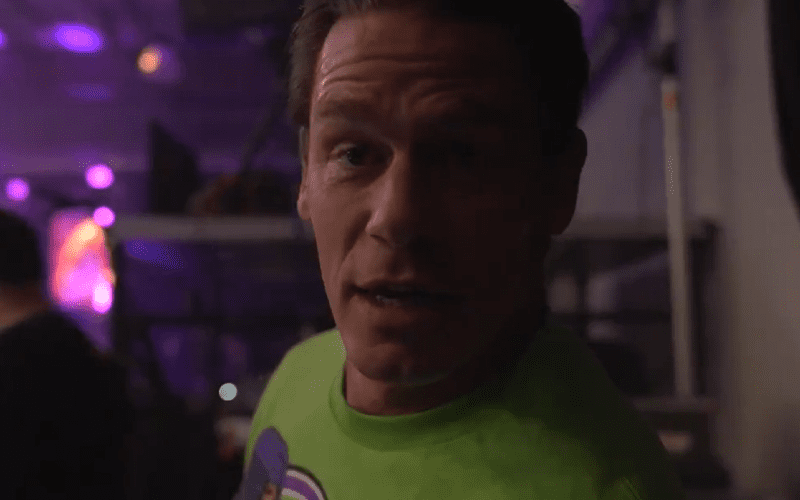 John Cena was on WWE Friday Night SmackDown this week. It was a very special time for him to make his return as well.

WWE has revealed video footage of John Cena sitting in the production booth during 205 Live. He stated that he always wanted to be able to watch the production go down in such a way. The situation wasn’t ideal, but Cena was soaking it all in as he enjoyed being around the WWE energy once again.

He considered it a treat to watch them do it live from the production area. Usually, John Cena would draw a lot of attention to himself, but that wasn’t the case this week because he was the crowd.

You can check out the video below. John Cena said “this is awesome” as the 205 Live Superstars literally performed for a live audience of one this week.