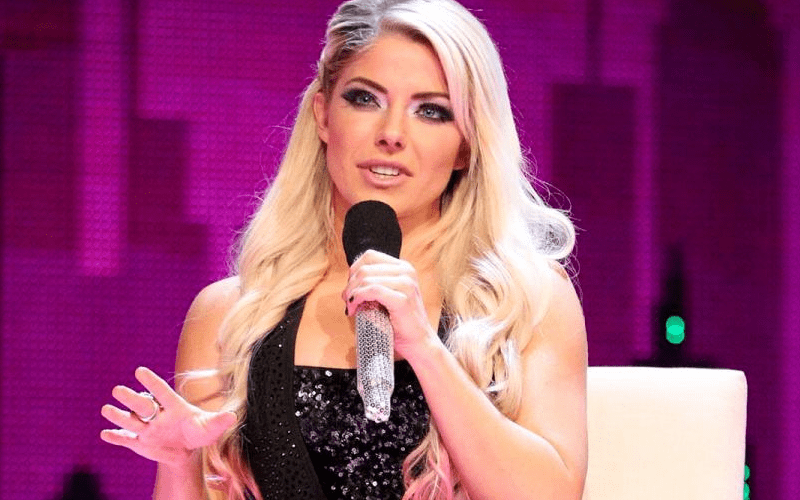 When we think about what Alexa Bliss is truly great at, there are quite a few things that come to mind: with the first being her ability to talk on the mic.

She’s great in the ring and she has always been able to tell a wonderful story from a character perspective, but the real highlight of her work is when she talks on the mic.

That’s a luxury she hasn’t been afforded in recent months, and it’s pretty clear to see that she is dying to get back to her very best.

Alexa and Nikki Cross quite clearly want to go after the Women’s Tag Team Titles, but in order to take the next big step towards getting that shot, Bliss believes she needs to voice her thoughts on WWE programming.

It’s pretty difficult to disagree with her at this stage, and after playing the role of host at WrestleMania 35 last year, we can’t imagine she’ll be all too interested in not having a match for the second straight Mania.

If nothing else, it’s worth keeping an eye on what direction they take her character in between now and Tampa.