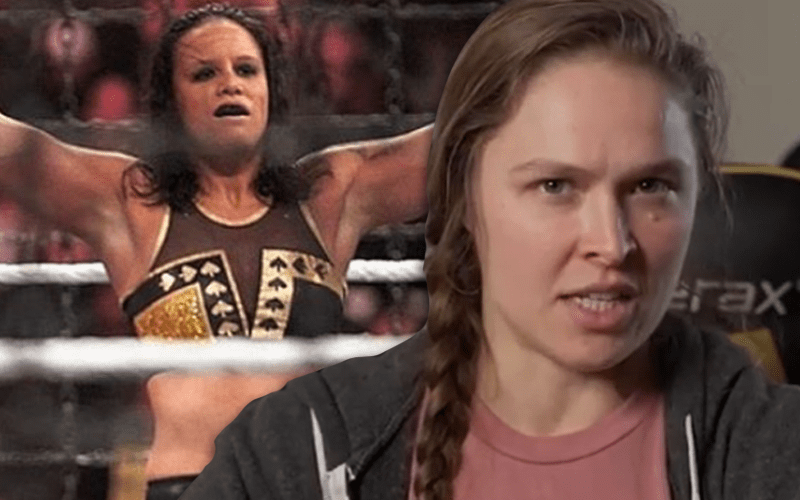 Shayna Baszler destroyed everyone else in the Elimination Chamber this year. Now she has a match against Becky Lynch at WrestleMania 36. Ronda Rousey was watching from home and she obviously enjoyed what she saw.

The Baddest Woman On The Planet commented on Baszler’s devastating win. She encouraged her fellow Four Horsewomen to continue bringing the brutality.

We are all your puppets!! Give them the dose of reality they don’t know they’re desperate for @qosbaszler !!! #QueenOfSpades #4HorseWomen #4HW

Ronda Rousey didn’t show up at Elimination Chamber. We’re not certain when she will come back.

Triple H said that Ronda Rousey pitched return ideas to him all the time. Let’s see if Vince McMahon will eventually use one.

It doesn’t appear that Ronda Rousey will be participating in WrestleMania this year. She will certainly be watching as Shayna Baszler takes on Becky Lynch on the grandest stage of them all.