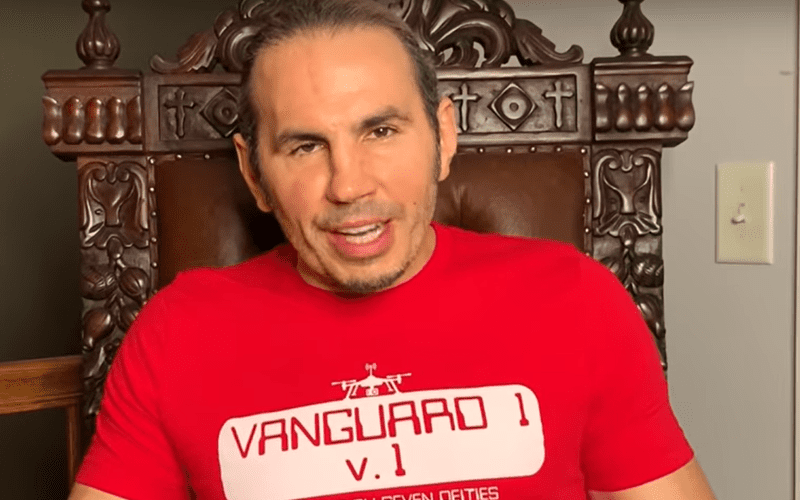 Matt Hardy left WWE as he allowed his contract to expire. He produced the Free The Delete series with his wife Reby Hardy, but fans only received cryptic clues from Hardy during that time.

He never lied to anyone about his contract status. When the time came for Hardy to talk about it, he released a Thoughts From The Throne video where he revealed all.

While speaking to PW Insider Elite audio, Matt Hardy discussed how important it is to not lie to fans. He thinks social media enhances pro wrestling and gives people the ability to do more with their angles. It’s still always important to be honest with those who support you.

“One of the most important things that I have learned is you can’t lie to the fans. They know when you’re doing things in character and entertaining them, but you cannot flat-out lie to them. I think that’s a bad thing.”

“To be honest people talk about social media like it’s damaged wrestling. I disagree. I think it’s enhanced it in so many ways. It gives people who are utilizing it options of dropping hints and breadcrumbs and red herrings so you’re not sure what it is and that’s one of the fun things about wrestling. Like, it’s the unpredictability and that’s why I love wrestling so much.”

AEW is the likely destination for Matt Hardy. He owns the Broken Universe after Anthem finally gave him the rights. Now he can be Broken Matt Hardy where ever he likes.

If and when he does arrive in AEW he will be doing so knowing that he didn’t lie about it while trying his best to maintain that surprise.