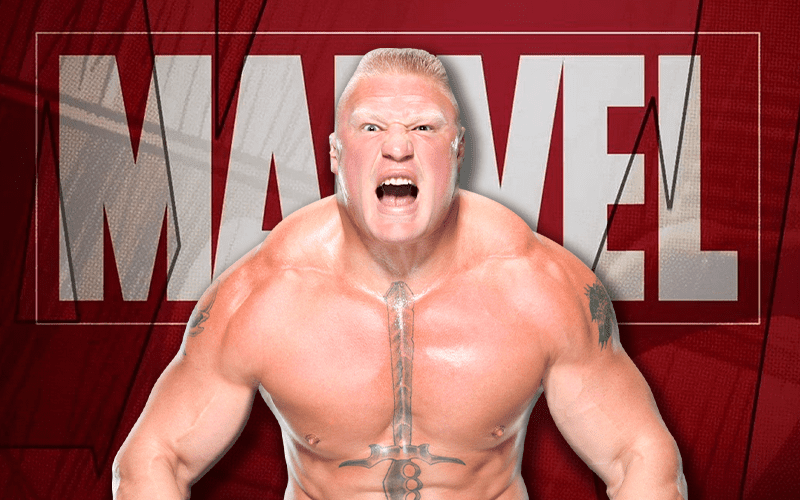 Brock Lesnar is pretty good at smashing things. Some might say he would make a good Avenger.

The Beast Incarnate’s name was mentioned in Avengers #31. Tony Stark wound up in the prehistoric age following the discovery of an Iron Man helmet fossil.

Later on, Iron Man was battling some prehistoric Avengers and he dropped Lesnar’s name when he said:

“Look, Ghost Rider Suffaluffagus and Brock Lesnar Starbrand are one thing, but no way am I getting slapped around by Thor’s daddy!”

Tony Stark definitely has a way with words. Lesnar didn’t actually appear in this issue of Avengers. The fact that Tony Stark mentioned him at least means he exists in the Marvel Universe.

You can check out a section of the comic below.