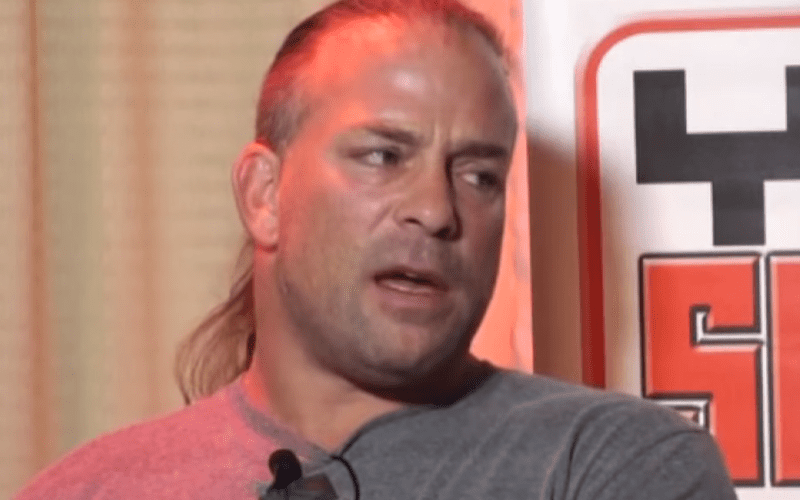 Rob Van Dam is 49 years old, but he’s still on top of his game. He is with Impact Wrestling and enjoying another run, but right now he needs to take a break.

RVD revealed on Twitter that he has a broken rib. That injury will take him out of action. He’s had worse injuries, but a fall to the floor did a number on his rib a couple of weeks ago.

I’m off this week with a broken rib dude.

It felt much worse than it looked. It’s a very physical job, so you never know. The fall to the floor was a surprise but this one broke my rib on impact. 2 weeks later today and I’m much better, by the way.

Hopefully, RVD can heal up quickly. He’s missed both in and out of the ring. The Whole F’n Show has been through a lot of battles and he’s wrestled with banged up ribs before. It’s a good thing that he has the ability to take it easy and let himself heal at this stage in his career.