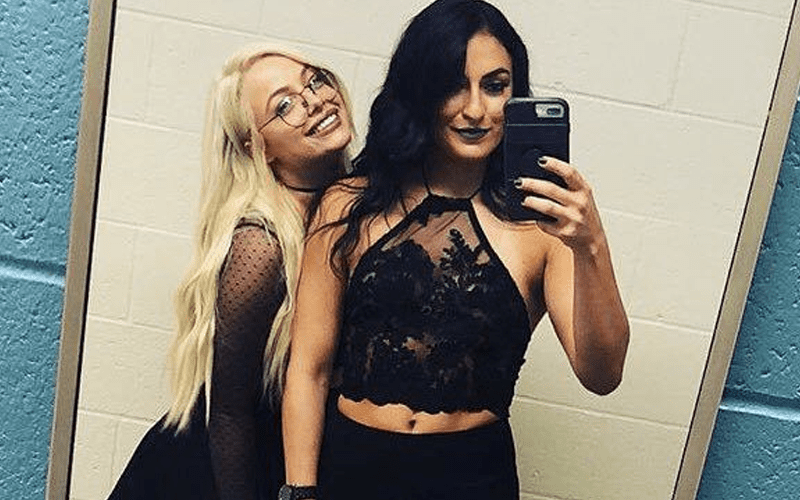 Liv Morgan crashed Lana and Bobby Lashley’s wedding in a way that nobody saw coming. The company hyped her return for weeks and it finally happened in the form of Morgan proclaiming her love for Lana.

Sonya Deville and Mandy Rose tried to get WWE to approve a lesbian themed storyline for them. That was apparently rejected.

When Deville and Rose discovered what WWE had planned for Liv Morgan and Lana, they didn’t seem too happy about it.

While speaking to the New York Post, Liv Morgan revealed that she spoke with Deville about the angle before it aired. She didn’t go into all of the specifics of the conversation, but in the end, “everything’s cool.”

“I have a very close friendship with Sonya Deville, so I spoke to her, and the details of those conversations I’m politely not going to share with you (laughs). But everything’s fine. Everything’s cool. We talked about it. She’s still a very good friend of mine, and I can’t be mad at anyone for how they feel and how they react to things. Everyone is gonna feel how they want to feel, so I’ve just got to allow that. At the end of the day, this is business, this is work, and I’m doing what I’m told and supposed to do, you know,” she said.

Sonya Deville has since said that there is plenty of room in WWE for multiple LGBTQ stories to go on at the same time.

It seems that WWE might have abandoned Liv Morgan and Lana’s angle, but there’s plenty of time go circle back around to it.