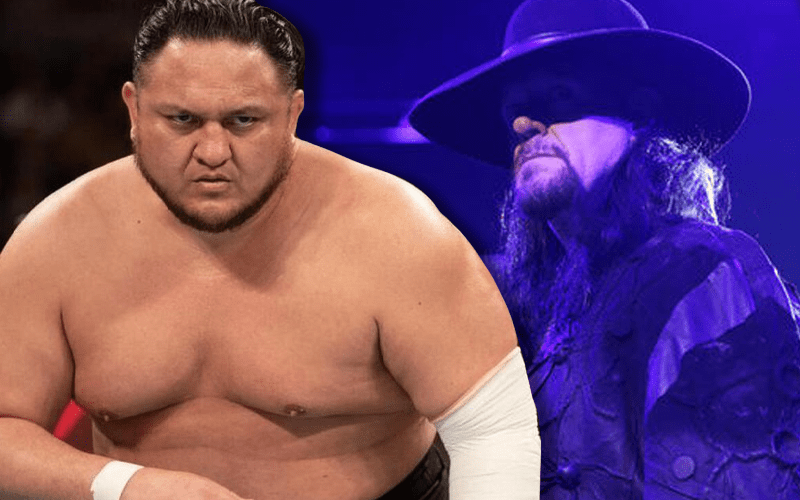 Samoa Joe has been given the opportunity to lock up with plenty of big names in his career. The Undertaker is a man he has yet to share the squared circle with.

While recently speaking with Sports Bible, Samoa Joe was asked if he wants to face The Dead Man before he retires. Joe’s answer was “absolutely.” He respects The Undertaker’s work and would be down for a match any time.

“Absolutely. You know, I think the things that especially now that I appreciate about Taker’s work are much more on display now than they probably ever have been. And yeah, I would be down to get down with ‘Taker, whether it would be now or whenever in the future.”

Samoa Joe is currently waiting out his 30 day suspension for a violation of the company’s wellness policy.

We’ll have to see if The Undertaker vs Samoa Joe is in the cards for the future. The Samoan Submission Machine seems up for the challenge whenever WWE wants to make the match happen.