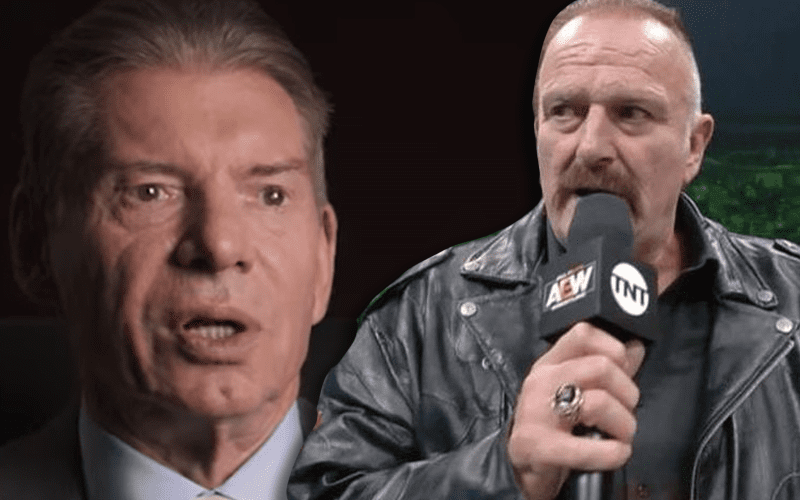 WWE Superstars are highly encouraged to hit the gym on a regular basis. This was not the case for Jake “The Snake” Roberts at all.

During a recent episode of Talk Is Jericho, Roberts opened up about an injury that he sustained back in the day. He was told that his career was over, but Roberts had other plans.

“I know when I had my neck messed up, they told me I would never ever wrestle again because I had two discs completely gone. And all the surgeons said, ‘there’s no way in hell you’re getting back in that ring.’ I said, ‘hey, you have no idea, doc. It’s a chemical world now!’ And I went to Amsterdam [Netherlands] after the surgery and picked up a few products and I came back.”

Jake Roberts was able to have the surgery and get in shape. He found himself lifting more and muscles were becoming defined. Then when Vince McMahon saw Roberts’ transformation he flipped out about it. This was followed by McMahon threatening to fine Roberts if he tried to visit the gym again.

“And at the time of the surgery, I could lift, like, 4 pounds. with my left arm and that was it. I could hardly move my left arm at all. And somehow, within 10 weeks, I had I was doing seated behind the neck presses with 225 [lbs.] and I gained a lot of size. Here’s the best part though.”

“I gained, like, 40 lbs., man, in three months, so I went into to see Vince to tell him I was coming back and he almost took a bump out of his chair when he saw me. [Imitating McMahon] ‘what the hell’s wrong with you?'” Roberts added, “[McMahon] looked at me and he goes, ‘Jake, what the hell have you done to yourself?’ I said, ‘my God, I’m in the best shape of my f*cking life! I mean, look at this sh*t!’ I had big knobs up here on my shoulder and sh*t.”

“[McMahon] said, ‘if we wanted Hogan to carry the snake, we’d have Hogan carry the snake!’ He said, ‘we wanted some slimy, no-good son of a bitch to carry the snake, you know, a guy that looks like he [has] been run through the mill and a little nasty and dirty, a flesh eating bastard.’ He told me, he said, ‘if I find out that you’re in a gym, I’m fining you $1,000 every time.'”

Jake Roberts debuted on AEW Dynamite this week. He is now a part of the company, and he will be filling a managerial role. We’re not certain who his client is just yet. Odds are Roberts and AEW will have no problem with that mystery star hitting the gym as often as they wish.