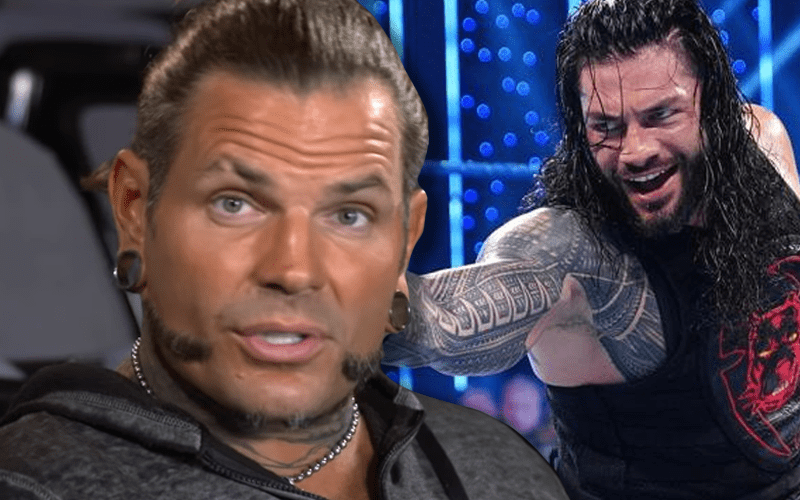 Jeff Hardy is ready to make his WWE return after over nine months out of the ring. Now we just have to see who he’ll face first.

During WWE Backstage this week, Jeff Hardy was asked about who he wants to face in WWE. It didn’t take him very long at all to pick Roman Reigns out of the locker room.

“Oh gosh, more than anything I’d have to say that there’s a huge moment between me and Roman Reigns. So, yeah I can see that happening and I think that’s one thing to be involved in something kinda cool and important at WrestleMania for the next two years if I can kinda fight back to that zone I think that’s my biggest goal.”

Now that Matt Hardy has left WWE behind him once again Jeff will have to go it alone. Jeff Hardy seems more than ready to take on anything ahead of him including The Big Dog.