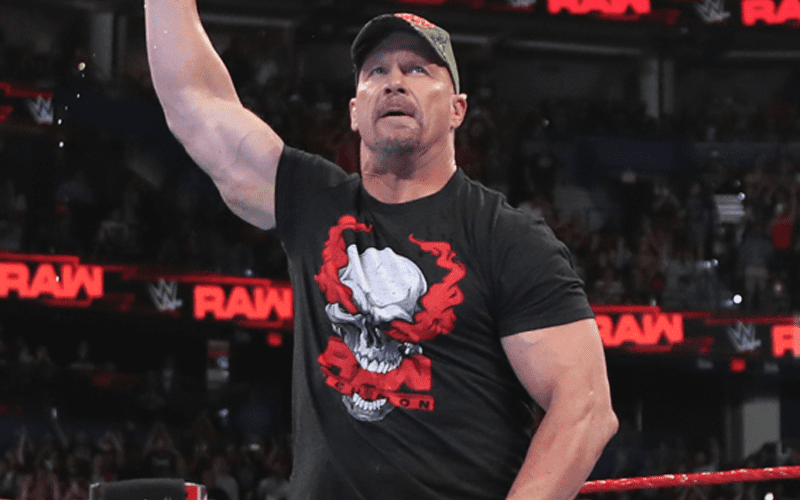 Steve Austin is a name that is certain to pop a rating. March 16th happens to be on a Monday this year and WWE really wants the Rattlesnake around.

We previously reported that WWE was planning to bring Austin back to Raw on 3/16. It only makes sense because Austin 3:16 says “I just whooped your ass.”

Brad Shepard reports that Austin is still “fully expected” to be on the March 16th edition of Raw. They also plan on building the show around his appearance.

Update: Steve Austin is fully expected to be there, and the show is planned to be themed around him.

WWE Raw will be at the PPG Paints Arena in Pittsburgh, Pennsylvania on March 16th. The company hasn’t confirmed Steve Austin’s appearance yet, but they still have a couple of weeks.