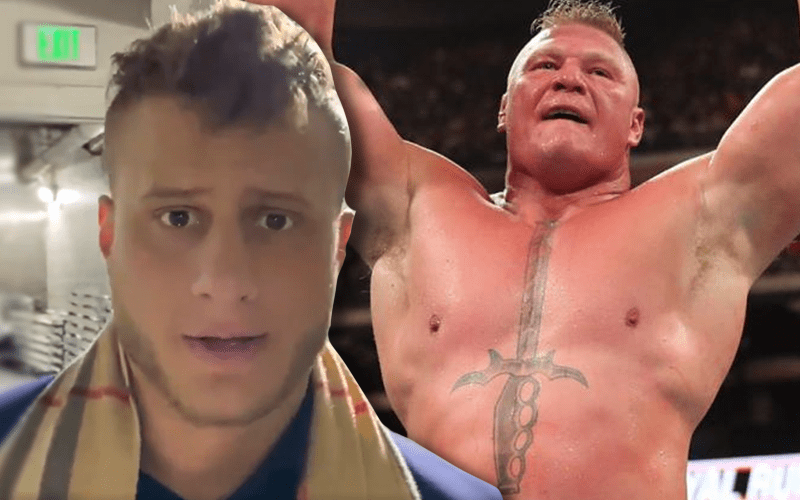 MJF is the Salt Of The Earth, and he’s in a really good mood after beating Cody Rhodes at AEW Revolution. He’s also not one to hold back his opinions at all.

Brock Lesnar Guy, a rather popular member of the IWC recently met MJF. The AEW star must have realized who he was talking to because he apparently had a very direct conversation with Brock Lesnar Guy about The Beast Incarnate.

MJF: Can I tell you a secret?

MJF: Look into the camera.

I think it went well?

MJF might want to set his sights on another feud after defeating Cody Rhodes at Revolution. We’ll just have to see if The American Nightmare will let this rivalry go so easily.