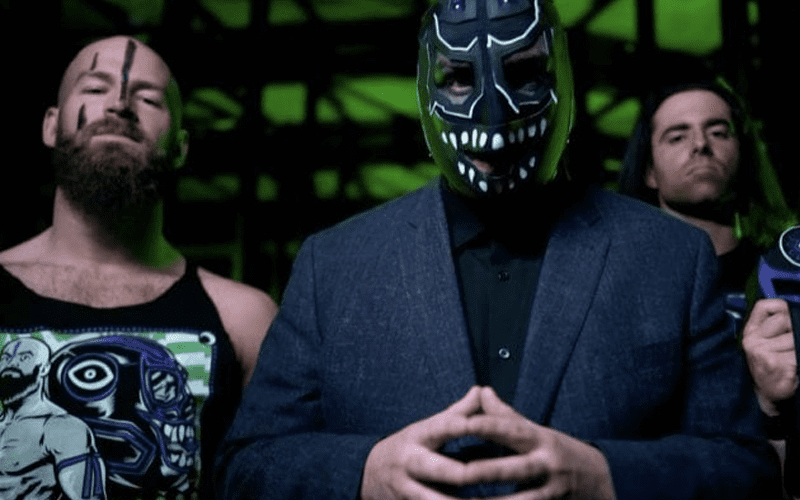 The Dark Order is set to receive a huge focus on AEW television very soon. Tony Khan confirmed that the spotlight is coming their way during the AEW Revolution media scrum.

AEW released a new graphic that teased the Exalted One’s coming. The Dark Order have been led by a mysterious individual and fans will soon know who that person is.

The company put out a teaser saying: “The Exalted One Is Near.” Eagle-eyed fans quickly noticed that there was text down the letters saying: “Sitting In A Dead Tree.”

This is a very cryptic clue that will soon make sense in time. You can spell plenty of words with those letters including disintegrated, trendsetting, interested, reinstated, etc. This is certainly an interesting message.

We also have to wonder if someone should start checking the trees on the Hardy Compound.

Another lead on this hint could point toward Luke Harper. When you Google search “Sitting In A Dead Tree” a song called “Three Chartreuse Buzzards” pops up. This is a song about buzzards flying away until one comes back to “join us.” Harper was in the famous Wyatt Family stable for years and followed the buzzards loyally.