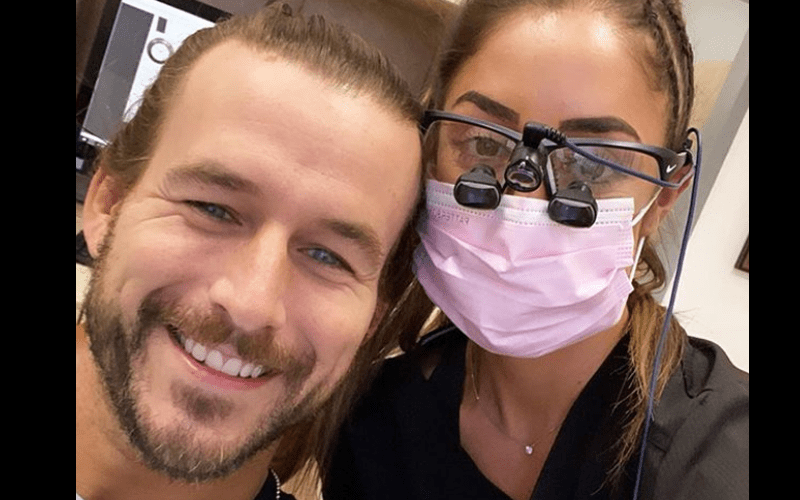 Adam Cole doesn’t have to look far to get dental advice. His girlfriend Britt Baker is a dentist. If you forget that fact, she will remind you during her promos on AEW Dynamite.

Dr. Britt Baker had a special patient today. Her boyfriend NXT Champion Adam Cole was in the examination chair. It sounds like it was a good day at the dentist for Adam Cole.

My favorite patient got his first @invisalign trays today!