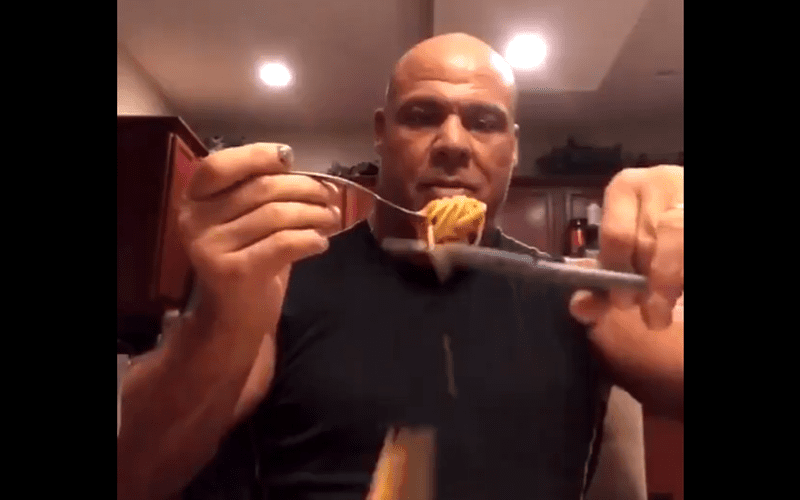 The internet is a great place. A video went viral recently of a man eating spaghetti with scissors. It was a real time savor and Kurt Angle had to try it.

Angle uploaded a video of himself eating spaghetti while using scissors to clip the excess part off to avoid hassle. This video captured a pretty great moment with his wife.

The Olympic Hero was chastised for being lazy. Then he brought up the fact that he won a gold medal with a broken freaking neck. Apparently, his wife is tired of hearing about that accomplishment.

You can check out the video below. It’s a pretty great glimpse into the WWE Hall Of Famer’s home life.