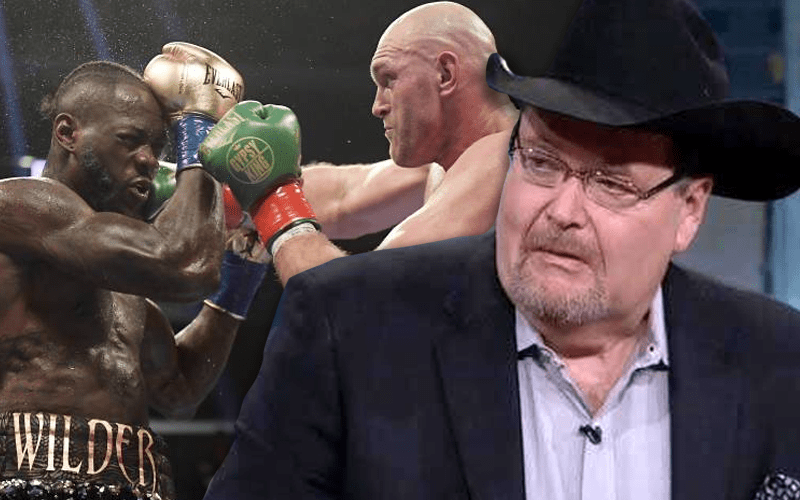 AEW Revolution is going down right now as of this writing. During the AEW Women’s World Championship match Jim Ross had a bit of fun.

During Kris Statlander’s entrance it was explained that her alien character wasn’t used to earth’s atmosphere. That’s why she got sick recently. Then Jim Ross made a great quip.

JR said that at least Statlander won’t blame her entrance gear if she loses.

This is a blatant dig at Deontay Wilder. He claimed that his big fight against Tyson Fury was lost because his heavy entrance gear tired him out.