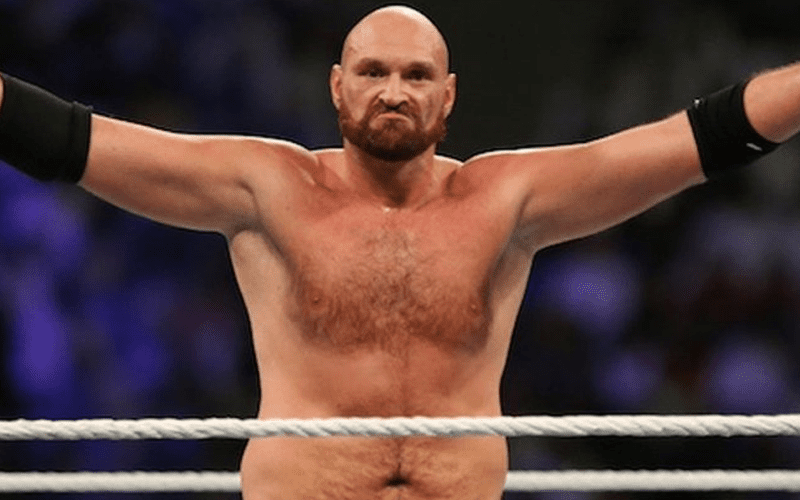 WWE was reportedly waiting until Tyson Fury fought Deontay Wilder to make WrestleMania plans for him. The Gypsy King’s fight is over and he won in a big way.

The Wrestling Observer Newsletter noted that there has been talk of Fury on the WrestleMania show, but nothing could be really discussed. He won his fight against Wilder and now he could do something on the card.

It comes down to a financial problem because after Tyson Fury won that fight his asking price went up as well. He might want more cash than WWE is willing to give considering what he would bring to the show of shows.

The big question is money. Fury, with the win, is in a much higher income bracket than a few months ago. In no way would Fury be worth millions for one show given what he would mean as far as WWE Network subscribers. And no way he’s working for less than millions.

It was also stated that if WWE books Tyson Fury for a match at WrestleMania they’re running out of options for his opponent.

Given that every significant star is figured in, the only names I could see as an opponent if a deal is made, would be either Big Show, with the size gimmick and he can lose with no issue, or HHH, who one would think would also have to lose.

WWE needs are many hooks that they can get to entice a streaming service to purchase the rights to WrestleMania 36. They made some real headway in that regard by putting the Universal Title on Goldberg. Perhaps they might consider it worth the money to bring Tyson Fury in as well.