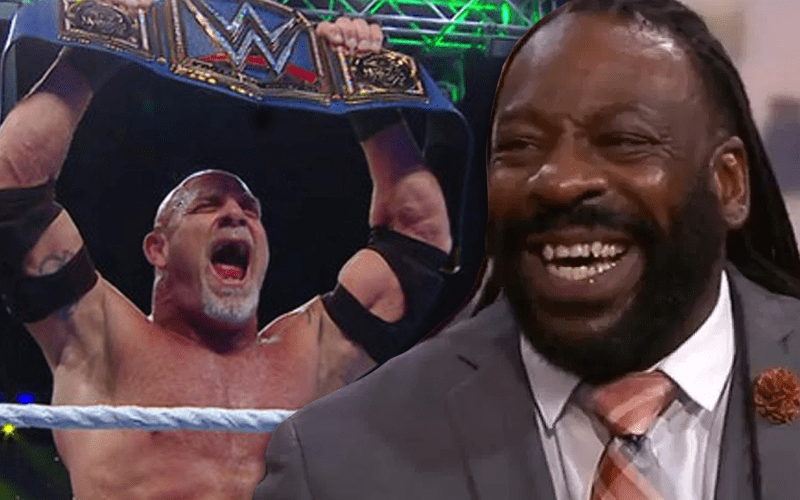 Goldberg picked up the WWE Universal Title in Saudi Arabia at WWE Super ShowDown. Some people were rather upset at this booking decision. Macaulay Culkin even canceled his WrestleMania plans.

Booker T spoke out this on his Hall Of Fame podcast. He seemed to like this booking direction. Now fans will get to see who has the best spear between Goldberg and Roman Reigns.

“I like it, old spear vs. young spear. If they can mix in a little Shakespeare, everything will be beautiful. I like it because my thing is, how else were we going to get the belt off The Fiend? Who was going to take it off of him? Who else can we believe for a moment? We may not even believe this, but who else taking the title off The Fiend would’ve been better than Goldberg?

Booker T will probably be a happy camper when WrestleMania rolls around. Goldberg is the Universal Champion once again. Now he will head toward the show of shows and it’s very likely that Roman Reigns will be the man to face the champ on the grandest stage of them all.