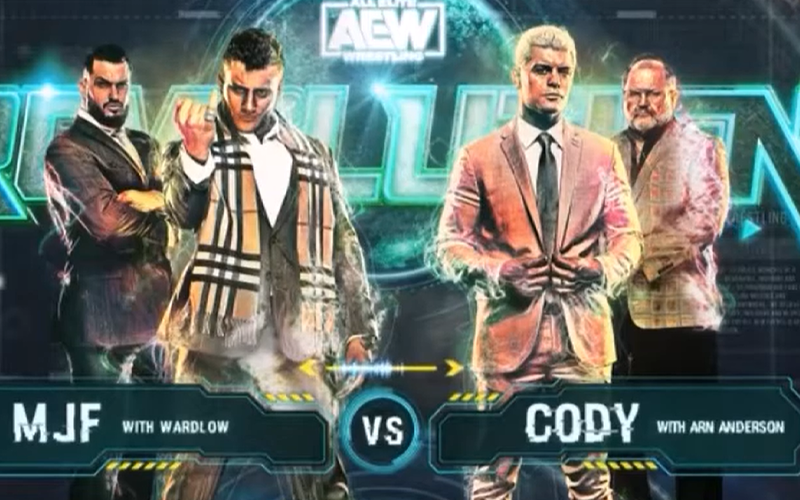 As seen on Sky Bet, the betting odds for MJF vs Cody at AEW Revolution have been released.

It seems as if the majority of Cody’s feuds throughout his time in All Elite Wrestling have been pretty personal up to this point, and that trend is going to continue when he squares off against former friend MJF at AEW Revolution this weekend.

In what is set to be one of the most intriguing bouts in AEW history thus far, it certainly seems as if the hatred for MJF is at an all-time high.

The odds current have MJF down as a 4/7 favorite to win the match, whereas Cody is the 5/4 underdog in a bout that could determine which of these two men goes on to challenge for the AEW World Championship in the next few months.

Whether you like MJF or you don’t there’s no denying the impact he’s been able to have during his time in AEW, and from this point on, it’ll be fascinating to see whether he can step up to the plate and have the kind of match against Cody that many expect from him.

Even if he can’t, we all know Cody is going to put on a show.