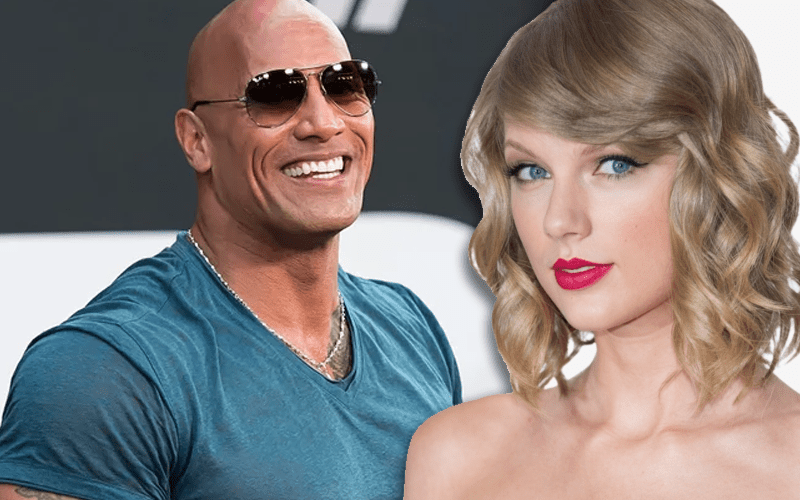 Taylor Swift and Dwayne Johnson are two of the biggest names in entertainment. It only makes sense that they share the screen together eventually.

The Rock recently dropped in for a cameo during a recent Taylor Swift music video, but he doesn’t actually appear.

The Great One appeared in a cameo role for Swift’s new music video “The Man.” It is very interesting that he’s in this video since the title of the song brought such attention from Becky Lynch.

T Swift plays a male in the video. At the end of the music video, she speaks. When Swift talks the voice she uses is The Rock’s. It was a surprising moment, but Dwayne Johnson’s voice is pretty recognizable.