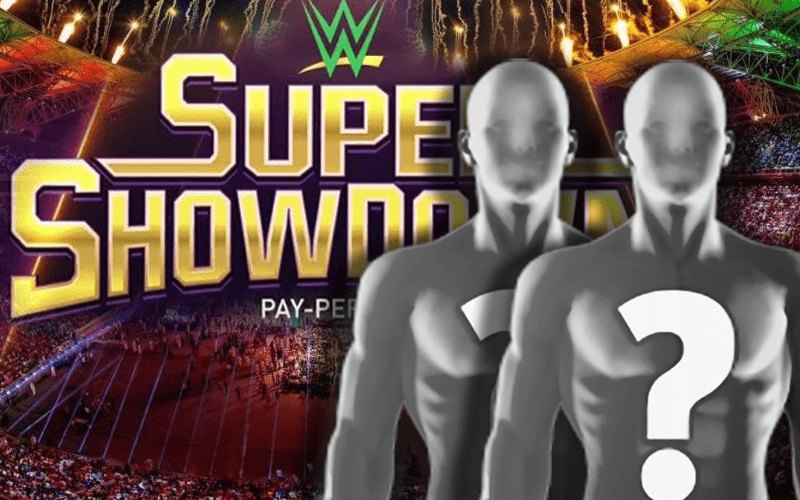 WWE Super ShowDown is taking place in Saudi Arabia very soon. What does WWE have planned for the main event?

During Wrestling Observer Radio, Dave Meltzer discussed the Super ShowDown card. He also revealed some massive WrestleMania matches that could be the direct result of Super ShowDown.

Roman Reigns is set to take on King Corbin in a steel cage in Saudi Arabia. Apparently, that match is getting top billing for logistical reasons.

“I think they’re putting Roman Reigns on last which means they put up the cage and they don’t have to tear it down which makes the most sense anyway.”

WWE could always hold the cage match during the Super ShowDown event if they have the cage arranged to simply lower over the ring.

Roman Reigns is incredibly over in Saudi Arabia. It will still be very interesting to see if Reigns vs Corbin gets top billing over the actual title matches on the card.