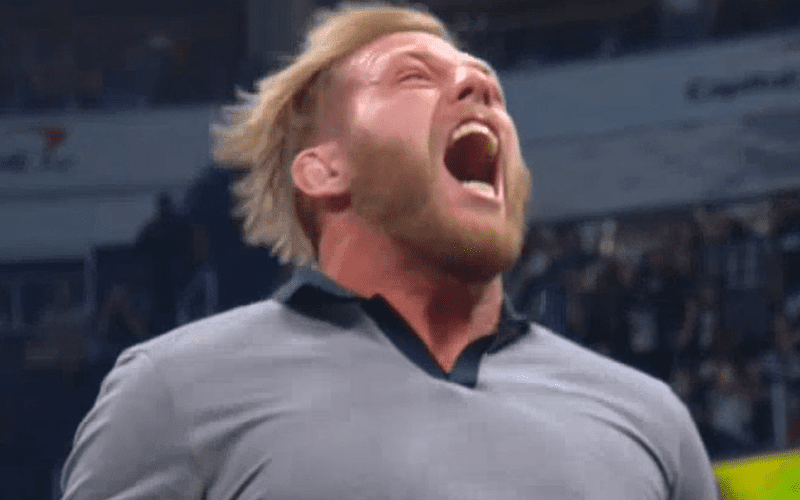 One of the most intriguing rivalries in All Elite Wrestling right now is taking place between two former WWE stars: and no, we aren’t talking about Chris Jericho and Jon Moxley, we’re talking about Jake Hager and Dustin Rhodes.

These two veterans have been able to capture the imagination of the fans heading into their clash at AEW Revolution, and now, it feels like one of the most anticipated matches on the entire card.

Prior to them squaring off this Saturday night, Hager had a special message he wanted to deliver to Rhodes – or, as he calls him in the video, Goldust.

Hager seems to have succeeded in reinventing himself in AEW, balancing his blossoming mixed martial arts career with his work inside the squared circle.

He was seen as nothing more than a heavy for Chris Jericho when he was first introduced into the mix, but as time has gone on, he’s been able to really separate himself from many of the other heels currently residing on the AEW main roster.

He’s almost certainly going to be the favorite to get his arm raised on Saturday night, but the question is whether or not it’ll be a convincing win or whether he’ll be forced to fight for it.