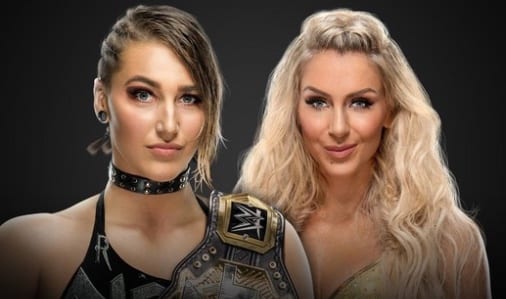 As seen on Sky Bet, the betting odds for Rhea Ripley vs Charlotte Flair at WWE WrestleMania 36 have been released.

There were more than just a few critics when Charlotte was able to win the 30-woman Royal Rumble match last month, with many wondering why WWE didn’t go with something fresh. As it turns out, that’s exactly what they did.

Flair will challenge Ripley for the NXT Women’s Championship in Tampa at the showcase of the immortals as she attempts to reclaim the first belt she managed to win in WWE.

The odds are currently suggesting that despite Flair’s Rumble win, it’ll be Rhea Ripley who walks out of WrestleMania as the NXT Women’s Champion with her odds currently being set at 1/2. Flair, on the other hand, is a 6/4 underdog.

The biggest bonus for this match is obviously the level of exposure that it’s going to receive on such a big platform. It’s not yet been confirmed as to whether or not the NXT Championship will also make an appearance at Mania, but even if it doesn’t, this is a huge step in the right direction.

Charlotte and Rhea are both capable of putting on a great match, and together, they could combine for one of the best women’s matches in WrestleMania history.