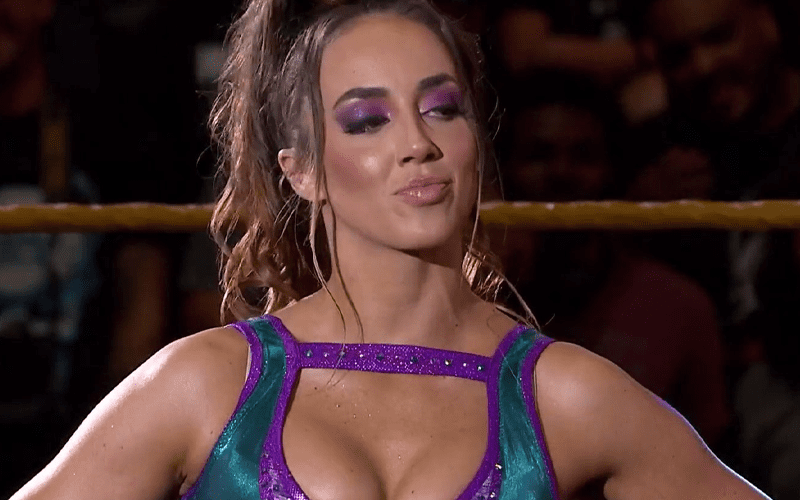 Chelsea Green is well aware of the fact that intergender wrestling is growing in popularity. Her former company Impact Wrestling now has Tessa Blanchard as their World Champion. Green just isn’t interesting.

While speaking to Not Sam Wrestling, Chelsea Green said that she’s not a “massive fan” of intergender wrestling. She can’t see herself wrestling men and it being believable. She tried to put her boyfriend Zack Ryder in an armbar and it didn’t work out well at all.

Green continued saying that she’s going to “stay in her lane.” She wants a Women’s Title in WWE, and she doesn’t have any interesting in wrestling men right now.

“I have never been a massive fan of intergender wrestling. I know that right now in 2020, anything can happen. I will watch it, I will. Bravo to the females that are going to do it, but I’m totally happy staying in my lane and my lane right now is the Women’s Championship. Do you know what I mean? I might change my mind in five years, but right now, that’s what I’m focusing on. I could never see myself getting in a ring and wrestling Zack Ryder. Do you know what I mean? I just don’t see it. I really just don’t see that happening because if I were to try to put him in an armbar in our kitchen, it ain’t happening. But it’s just not, so right now, I’m going to stay in my lane.”

Chelsea Green might want to piledriver Zack Ryder when he comes home with a new trunkload of toys, or she has to pick them up at the post office. She will be staying out the ring with men in the meantime.

Let’s see what’s next for Chelsea Green as she continues to represent the Robert Stone Brand. He won’t be brokering any deals to see her wrestle any males.